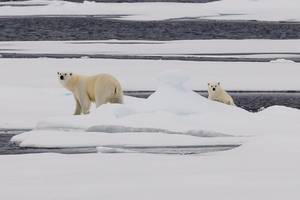 The project ‘Strategic Environmental Impact Assessment of development of the Arctic’ – the Preparatory Action for a European Arctic Information Centre (PA-EUAIC) – was Directorate General Environment-funded action compiling stakeholders' knowledge and perspectives on the scientific information about the development of the Arctic. The Preparatory Action strengthened communication and outreach within the EU and between the EU and the Arctic community about the contribution the EU is making to address environmental and other issues raised by the rapid development of the Arctic region as a result of economic and climate change. The project involved 19 European institutions and was completed in October 2014.

As the partner of the EUAIC initiative, the European Polar Board (EPB) is looking forward to continue cooperation if the Commission decides to implement the EU Arctic Information Centre. EPB supports the External Action Service and interested DGs of the Commission in reinforcing the EU’s Arctic-related communication, outreach and science-policy interface activities as part of wider work on the evolving Arctic policy of the European Union.