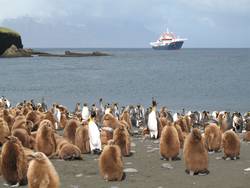 The Action Groups are the working units of the European Polar Board. They are appointed by the plenary meeting with the aim of developing, implementing and/or managing strategic tasks. The Action Groups have a limited duration and may be comprised of EPB members and external experts. Currently, the EPB has appointed several Action Groups with tasks ranging from science foresight (Horizon 2020) to EPB organisation (Future of EPB), international relationships and agreements, as well as polar infrastructure assessment. 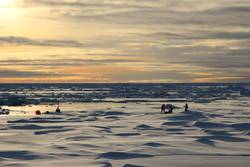 Since it was created, the European Polar Board has endorsed several scientific and strategic initiatives, some of which have come to a conclusion and provided valuable results and added value to European polar science. Among these, EPICA (European Project on Ice Coring in Antarctica), APE (Airborne Polar Experiment), EUROPOLAR (European Polar Consortium) may be mentioned. More recently, other initiatives have been developed and most of them are supported by EPB Action Groups. The new initiatives range from meetings and papers supporting science and technology foresight to participation in EU Projects and Calls, not excluding initiatives targeted at improving international cooperation and polar science visibility and outreach.

In line with its Strategy 2017-2022, the EPB conducts various communications activities that help to advance its Mission and realise its Vision for European polar research. This includes convening or co-convening cross-discipinary events in various settings, and the EPB-APECS webinar series.