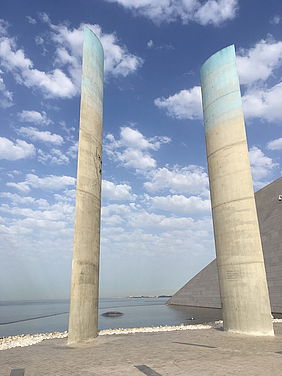 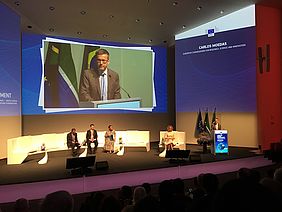 The European Commission, Brazil and South Africa signed on the 13 July 2017, the Belém Statement of Atlantic Research and Innovation Cooperation, which complements the Galway Declaration of 2013 and
extends prioritary cooperation on marine science, research and innovation to the South Atlantic. Polar research as a common interest area is included in the declaration, especially concerning the interconnections between the Atlantic, the Southern Ocean and Antarctica.

During the conference, held in Lisbon, the Atlantic International Research (AIR) Centre, integrating space, climate, ocean and data sciences through North-South / South-North cooperation, has been presented by Paulo Ferrão, President of the Fundação para a Ciência e a Tecnologia, a member of the European Polar Board. Gonçalo Vieira represented the EPB and EU-PolarNet in the event.

The conference report can be found here