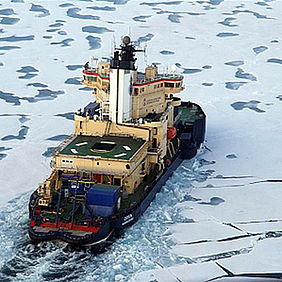 In 2013, the Arctic Council announced that it would begin work towards an arrangement on improved scientific research cooperation. At that time, it was not a foregone conclusion that this work would lead to the third binding agreement negotiated under the auspices of the Arctic Council; that step was taken at the ninth Arctic Council Ministerial meeting in Iqaluit, Canada in 2015.

During the U.S. Chairmanship of 2015-2017, discussions and negotiations on the developing agreement were co-led by the Russian Federation and the United States, and the final “Agreement on Enhancing International Arctic Scientific Cooperation” was signed by Ministers of the eight Arctic States on 11 May 2017 in Fairbanks, Alaska.

The Agreement enters into force today, 23 May 2018, an occasion that is being celebrated at an event in Ilulissat, Greenland. This means that the Agreement’s provisions now have legal force, and will begin to provide concrete support for Arctic scientific activities by, for example, facilitating access to research areas for marine and airborne data collection, supporting full and open access to scientific data, and promoting education and career development for students and early career scientists.

The Agreement also specifically encourages holders of traditional and local knowledge to participate in scientific activities under the Agreement.

Marking the occasion, Chair of the Senior Arctic Officials Aleksi Härkönen said "I welcome the swift entry into force of the scientific cooperation agreement and wish to commend the role of Denmark as the depositary state in the process. We all expect that the Agreement will clear the remaining obstacles to research cooperation and thus broaden everybody´s understanding of the Arctic. The Arctic Council should always base its work on best available knowledge - scientific research as well as indigenous and local knowledge, which the new Agreement also addresses."

For more information on the Scientific Cooperation Agreement, and the Arctic Council, visit http://arctic-council.org/index.php/en/our-work2/8-news-and-events/488-science-agreement-entry-into-force.